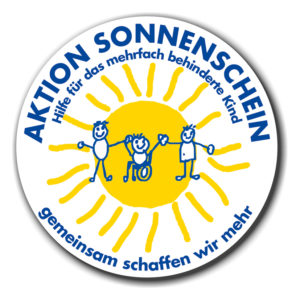 The Munich based charity organization „Aktion Sonnenschein – Hilfe für das mehrfach behinderte Kind“ celebrates its 50th birthday with a special event: The Montessori Choir of the charity’s integrated school takes part in the audio drama „Krippewelle“, a surprising and witty modernized edition of the Christmas Story. The audio drama will be published as a CD to mark the 50-year jubilee of Prof. Dr. Hellbrügge’s founding of the charity organization in 1968. ConMoto supports the CD’s production as well as other activities. We see our involvement with Aktion Sonnenschein’s 50th anniversary as a small contribution to build a better society.

When Professor Hellbrügge founded Germany’s first integrated kindergarden for children with and without disabilities 50 years ago, terms like „inclusion“ were unknown. Only two years later he added a school. In these and all his initiatives that followed, Hellbrügge never wavered. His energy flowed from his never changing conviction as a pediatrician, that the well-being of children had to be the focal point of all activities. Today the concepts on which Aktion Sonnenschein has been based for half a century are finally being widely accepted in our society: integration, inclusion, mutual help. The “Krippewelle”-CD is a musical example of successful integration and inclusion. ConMoto is proud to be a part of this very special occasion.