On April 1st, 1990 Dr.-Ing. Ralf Feierabend founded ConMoto. Even though celebrating together is not easy in times of social distancing, we at ConMoto did exactly this: within the scope of a team meeting with 90 participants in twelve countries including from Asia as well as the Americas, we held our virtual anniversary party.

We shared memories from 30 years of company history: pictures, stories and talks. All ConMotos embraced the welcome pastime during a time that has all of us working in separated locations. Still, we do work as a team and continue to provide our services to our clients with all reasonable care.

Difficult times demand adequate solutions. And just as we were successful throughout three decades, we are going to master the crisis as well: together. First and foremost, we wish you good health – and positive moments for your company, too. 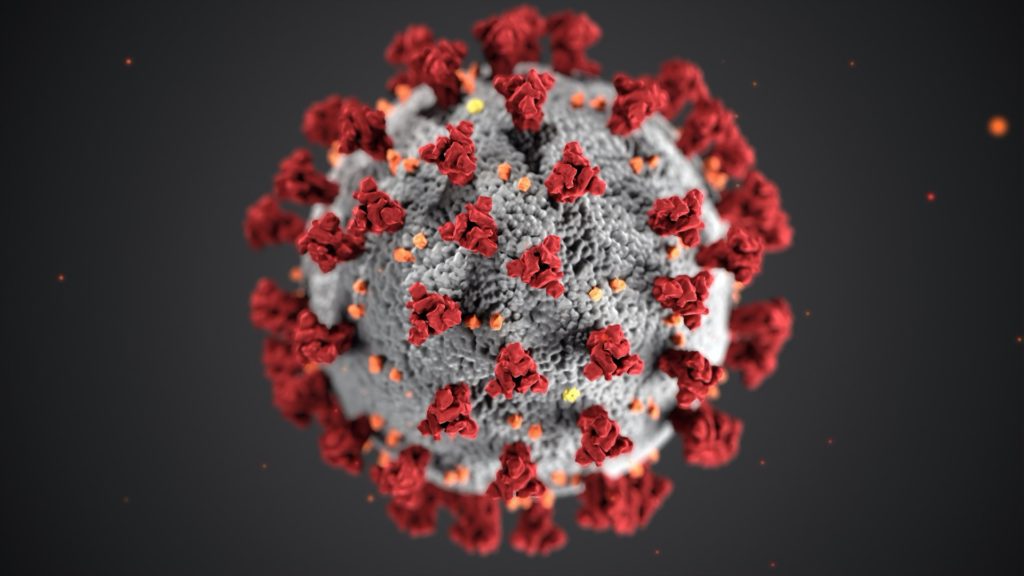 There are 220,000 gastronomy businesses and, depending on the definition, between 400,000 and 600,000 retailers. Reliable estimations assume an insolvency rate of 20 to 25 percent of all businesses of both economic sectors. These figures mask 150,000 to 200,000 entrepreneurial existences – not counting in any employees yet! A continued shutdown beyond May 1st is going to have devastating effects. The result is numerous additional unemployed people and millions of employees on short time facing an uncertain future.

There is only one way to prevent this: by responsible relaxation of the measures. As for that, new rules must be defined, offering as much protection as possible, whilst providing as much entrepreneurial maneuverability for a realistic survival chance.

As for that, the flexibility of working hours, for example, must be increased. Seven days a week leave more room for compensation than five or six. Shifts must be unlinked, whereas in staff restaurants, shift work must be introduced if distances between chairs are 2 meters. Anything goes! But it must be planned.

Each of the first twenty companies contacting us will receive ten consultant days for free. This applies to cities and municipalities as well. Drawing on over 30 years of experience and expertise, our highly qualified team is looking forward to providing support wherever necessary during these difficult times. 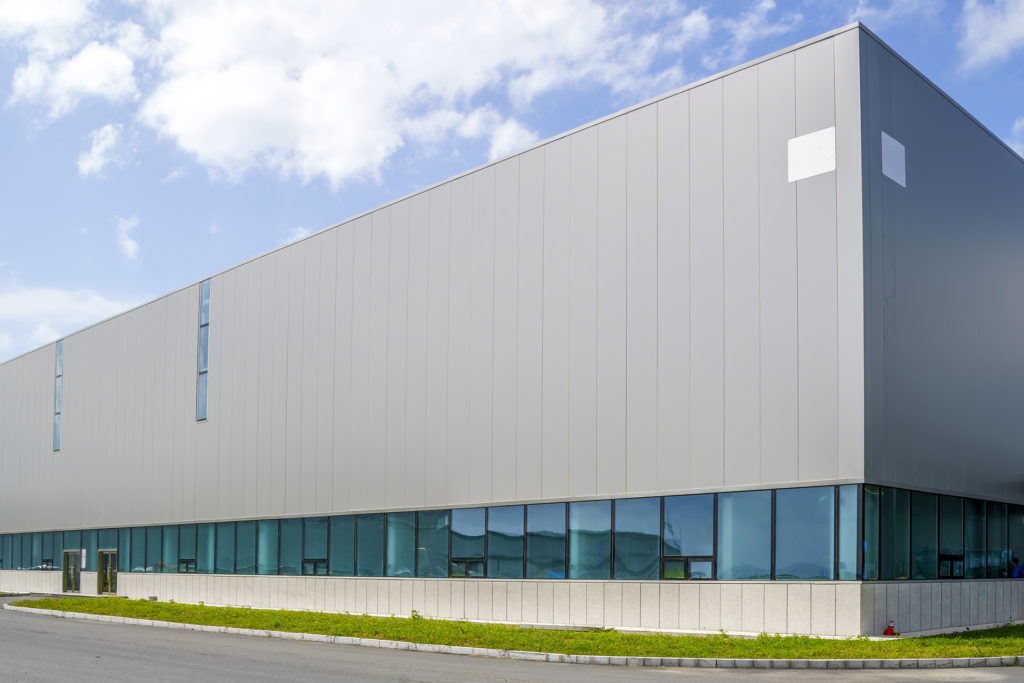 We need new ways of thinking to evolve from the crisis. And we need to break with established rules to discard old thinking patterns completely.

In the future, we need new rules, for example regarding factory planning. We need safety distances; we need the hygienically optimized factory. The pandemic will and must affect building and office planning.

Currently, managing the crisis has top priority. Still, all running and planned factories and buildings for office and retail must be hygienically upgraded to new standards. Thanks to excellent modular construction, the costs per square meter have dropped significantly. We need key figures that include, for example, absence rates due to sick leave. In average, commercially employed people in Germany were on sick leave for 18 workdays in the year 2018. This equals eight percent of all workdays. In a company with 1,000 employees, 80 people are missing on a yearly average, which sums up to 5 million euros a year when assuming regular remuneration. Every year!

If we succeed in reducing this rate by only one percentage point by realizing greater distances between people, this would sum up to an equivalent value of six million euros over the period of ten years. By modular construction, each employee could be provided with 15 square meters of high-quality workspace.

This is only one example and not even well thought out. Thinking out of the box is even more elementary now than it has ever been before! Complement your interdisciplinary team. Judge external contributions by results instead of costs. 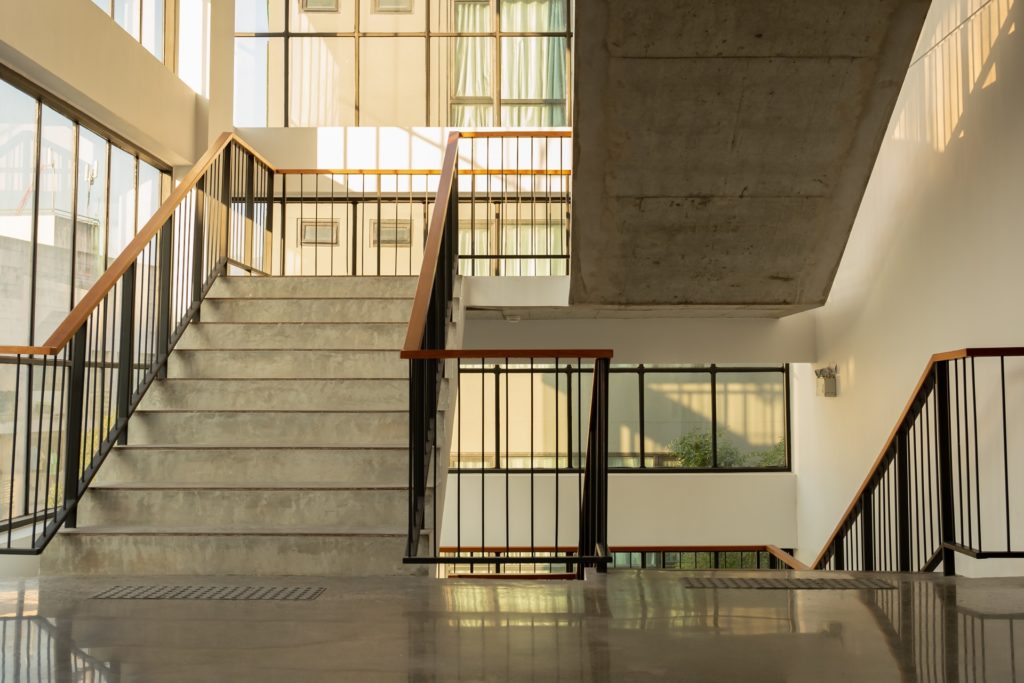 The German Federal Minister of Economics and Technology Peter Altmaier has confirmed the sentiment. That we will have to expect a GDP decrease of 4.8 percent in 2020. He suggests a quick relief afterwards. Simultaneously, he is not giving a prognosis regarding the ramp-up or the end of the shutdown. The common forecast of leading German economic research institutes (such as DIW Berlin, ifo Munich, IfW) is anticipating a decrease of the GDP by 4.2 percent in 2020 and an increase by 5.8 percent in 2021.

How does the scenario of a sharp downturn and a subsequent strong upturn work?

If we assume that only 40 percent of our economy have to defray the above mentioned 4.2 or 4.8 percent, this means a downturn of approx. 12 percent for all sectors. When simplifying the calculation, this sums up to one service month. Consequently, applying this logic means at the end of April, everything MUST be up and running again. How does this comply with the reluctant statements concerning the termination of the shutdown?

Now, leadership is in demand. We need clear prospects. ConMoto expects the definition of the epidemiological preconditions for the termination of the shutdown. This includes a significant increase in the number of tests as well as introducing guidelines for companies from the industry, retails, service and hospitality sectors.

The economy is not the problem – we need a common goal now! 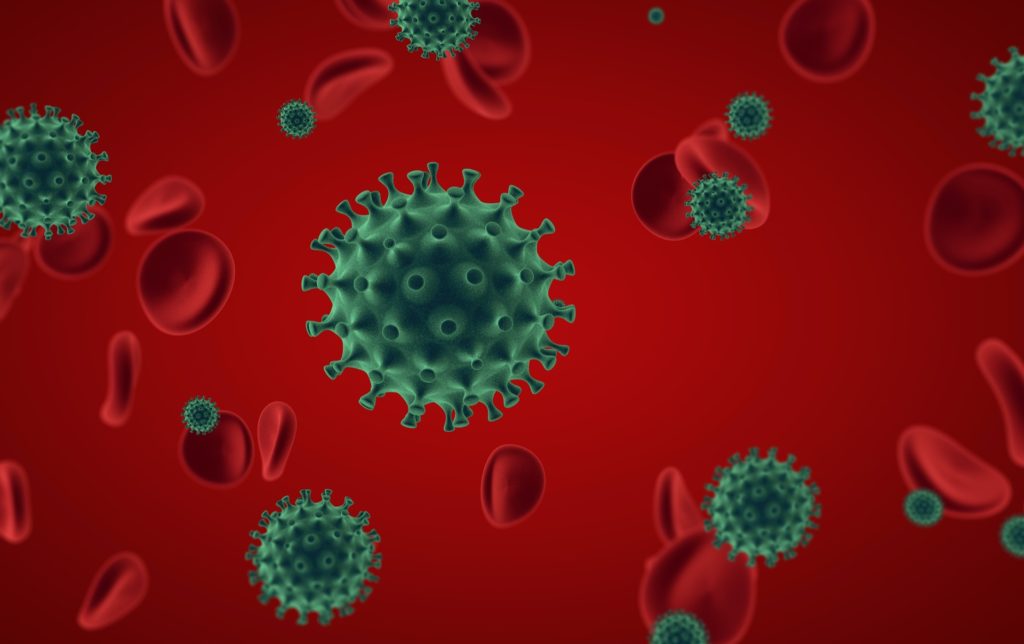 Pancession follows pandemic: the global economy faces a deep recession. ConMoto analyzes the studies of economy experts and politicians, adding specific insights from ongoing projects with our clients and including talks with top managers as well as entrepreneurs.

Current studies show an economic downturn of five to eight percent. The costs in Germany are being estimated to sum up to 750 billion euros. Presumably 1.0 to 1.8 million jobs subjected to mandatory social insurance contributions will be lost. Additionally, we will have six million employees working short time.

Tasks like subsistence have top priority now. You may read the full comment and more at our ConMoto Corona Recovery Programme information page. Our experienced consultants support your company on its way out of the crisis. 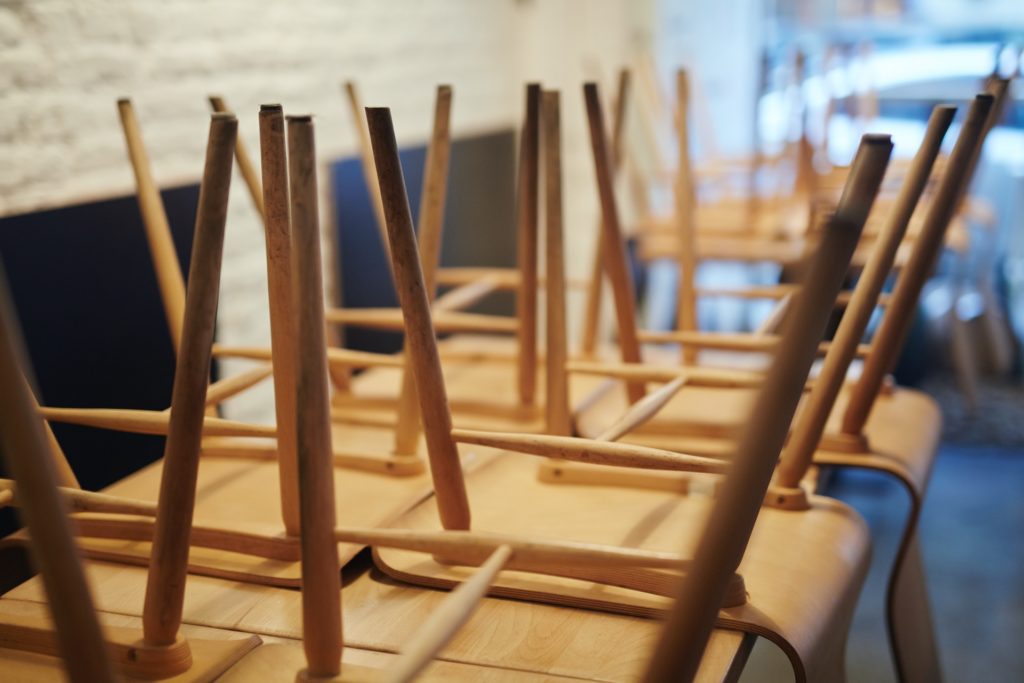 Pancession follows pandemic: the global economy faces a deep recession. ConMoto analyzes the studies of economy experts and politicians, adding specific insights from ongoing projects with our clients and including talks with top managers as well as entrepreneurs.

Whereas initially, virologists dominated the scene, economists do speak up more frequently now. Current studies show an economic downturn of five to eight percent. The costs in Germany are being estimated to sum up to 750 billion euros. Presumably 1.0 to 1.8 million jobs subjected to mandatory social insurance contributions will be lost. Additionally, we will have six million employees working short time.

Of course, the cutbacks are going to affect separate economy sectors quite differently. Pertaining to the German economy, we are speaking about 45 million employees and 33.4 million people subjected to mandatory social insurance contributions.

Whereas other economic sectors are facing minor to no negative effects or even an upturn, the adverse impact applies to not more than 50 percent of the total number of employees.

According to a ConMoto survey in the hospitality sector, experts expect an insolvency rate of 25 to 30 percent of all businesses. Consequently, the reduction of bed capacity is going to result in price increases during the next year. Companies will react with significantly reduced travel activities, especially since video conferencing has proven its practicability. This is only one in many examples regarding the potential for change in this period of crisis.

For the business-oriented service sector, a decline of at least 12 percent is expected. Regarding the industry, the figures indicate ten to 15 percent on average – both calculated for the year 2020.

The German Federal Minister of Economics and Technology Peter Altmaier has already prepared the general public and the economy for challenging times. He expects a decline of the gross domestic product (GDP) by at least 5.8 percent, reaching its low in the months April to August. In Germany, we have introduced strong measures to curb the spread of the corona virus.

One thing is for sure: social distancing is saving lives! Still, we have to keep in mind that the social market economy enables prosperity and secures liberal democracy as well as social peace. Germany has an internationally outstanding hospital infrastructure. We are being envied for our excellent social and public safety. These social and economic accomplishments have to be preserved during the crisis as well.

More than 50 percent of the employees are working in indirect areas. Prosperity, on the other hand, is created by sectors directly adding value – such as agriculture, industry, crafts, construction, broad sections of retail and the corresponding services. Less than 50 percent of all employees work in the sectors that are seriously suffering from the shutdown. In the interest of all, we need concepts and structures that enable a sustainable value creation. And ConMoto is responding.

We have highly skilled consultants with many years of industry experience. Our colleagues are ready to support you with proven methods and programs as well as individual solutions specifically adapted to your situation.

The current crisis challenges companies of all sectors. Whereas the food and medical industries are producing at the limits of their capacity, the machines in other fields are standing still. Simultaneously, several companies of the textile and automotive sectors are changing their production to much needed equipment like protective clothing and respiratory masks. ConMoto’s Agile Taskforce is offering quick support for immediate measures, for example regarding the short-term stability of your cash flow and safeguarding your supply chains.

Please refer to our online consultation and workshops. Get in touch with our experienced consultants and industry experts at business@conmoto.de or give us a call at +49 89 78066138.

Following a swift analysis, we will identify quick win inducing measures: focusing on liquidity protection and quick cost reductions, we will help you to safeguard your own delivery capability by bottle neck management, the adjustment of safety stocks if necessary and an increase in productivity.

ConMoto’s Agile Taskforce will not only support you in implementing instant measures. We are also planning for the period after the crisis by ensuring a quick ramp-up after shutdowns. Additionally, we are going to support the advancement of your risk management. Assisting you in the process of implementing flexibilization concepts for your production, we are going to develop scenarios for an agile reaction to unanticipated risks and fluctuations. ConMoto provides instant pragmatic approaches for restoring your company’s productivity. You may download more detailed information about our Agile Taskforce here.

Disruptions from the Corona virus outbreak (COVID-19) raise awareness of how vulnerable globally interlaced supply chains are: supplier failures, various disturbances and high costs within the delivery chain as well as production halts affect several countries already. To support companies, ConMoto has developed a comprehensive analysis and an adequate set of measures:

are the cornerstones of our Business Resilience Program, protecting your business and helping to regain productivity after disruptions.

ConMoto supports you within the scope of a risk analysis of your supply chain and a risk profile of your suppliers. Based on the results, we develop an effective business resilience strategy. The tools of our emergency kit are:

Our industry experiences consultants help you in a quick and pragmatic manner. Give us a call or write us an e-mail to business@conmoto-consulting.com.

Dipl.-Kfm. Volker Staack just joined ConMoto’s Executive Board. He possesses more than 17 years of professional experience, both as a partner at renowned top consultancies and smaller companies. For eight years, Mr. Staack had lived and worked in the U.S., for six years in European countries besides Germany. Overall, Mr. Staack is a highly skilled industry professional of more than 12 years experience, especially in the electrical industry.

Prior to joining ConMoto, Volker Staack was a Partner at a globally leading consultancy in the U.S. and a specialized “boutique” consultancy in Germany. He oversaw the Global Innovation Practice and globally implemented consulting projects within the industry sectors machinery and plant construction, automotive and aerospace – often by order of private equity investors. His consulting portfolio includes purchasing and procurement, development and innovation as well as product cost management and product range management. He is an expert for organization development and change, agile management, restructuring and supplier risk management.

At ConMoto, Volker Staack in responsible for the consulting areas procurement, development and product cost management.