Posted on 7. December 2021 by ConMoto-Redaktion

An automotive supplier on the first-tier level produces at locations in Germany and Poland. The company manufactures its products in a production network in which the individual plants have different manufacturing tasks. For example, one site manufactures semi-finished products that are needed in final assembly at both its own plant and its sister plant. The mutual dependencies between the plants repeatedly caused tensions and conflicts. Missing parts from suppliers, an insufficient output quantity of semi-finished products, and insufficient productivity in final assembly led to poor adherence to delivery dates and a backlog in the processing and fulfillment of customer orders of up to 60 days. The project team brought transparency to the processes, thereby exposing the reasons for supply problems. On this basis, the plants agreed on measures to reduce the backlog and a precise schedule for implementation.

Under ConMoto’s guidance the backlogs for semi-finished and finished products were reduced within nine weeks (see graphic). Additionally, key elements of store floor management were changed, for example, a production film was created to record set-up times and other machine losses to increase machine productivity. As part of the implementation the project team also implemented monitoring for missing parts, productivity and production output. Our customer continues the project independently and benefits from the sustainable improvements. 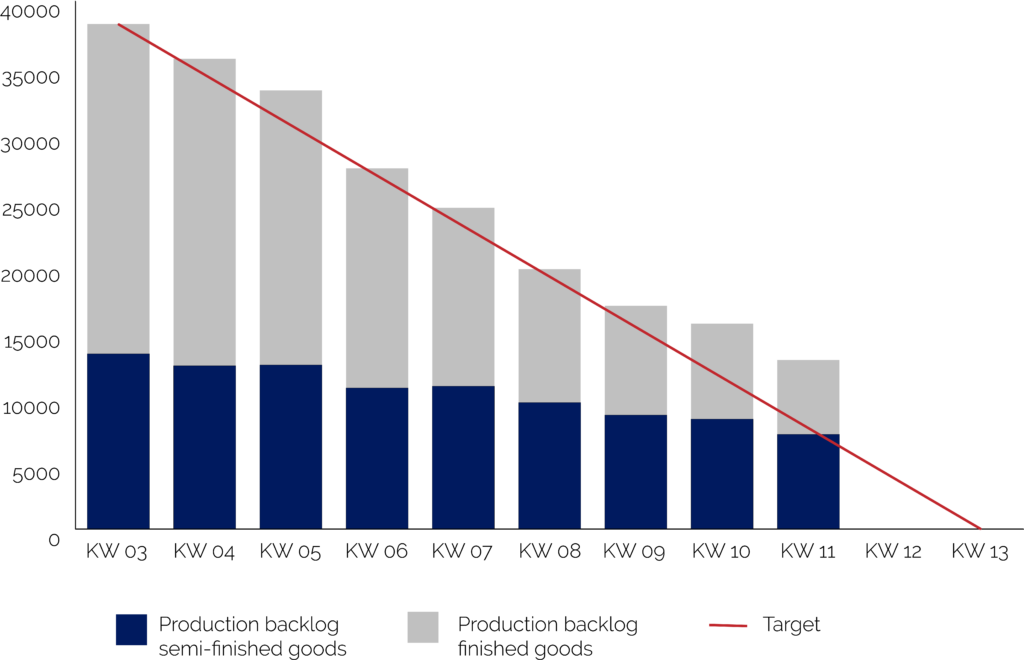