Two ConMoto horses win at the equestrian tournament in Harsum 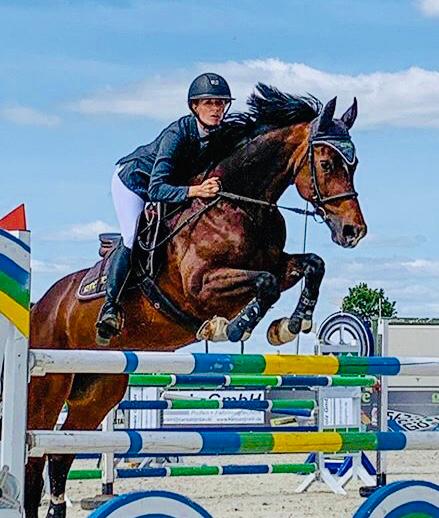 Just like the economy, equestrian sport is getting back on track. After tournaments were not possible for a long time, a showjumping competition took place in Harsum on the Pentecost weekend. There, two horses bearing ConMoto in their name were very successful. Franz Bormann won the S-class showjumping on ConMoto Qufocolo Crazy Stud by points. It was the 101st victory of his career in an S-class competition. He also received a golden bow on the stallion for 1st place in a class M jumping competition.

His daughter Ferike Bormann won an M-class showjumping competition in Harsum on the Hanoverian mare ConMoto Crazy Chara by points. Even though the tournament was still held without an audience, it is a positive signal that show jumping is back on track as well. The sporting performances in Harsum were excellent. ConMoto congratulates Ferike and Franz Bormann – we are delighted to see them and their horses succeed with our support.