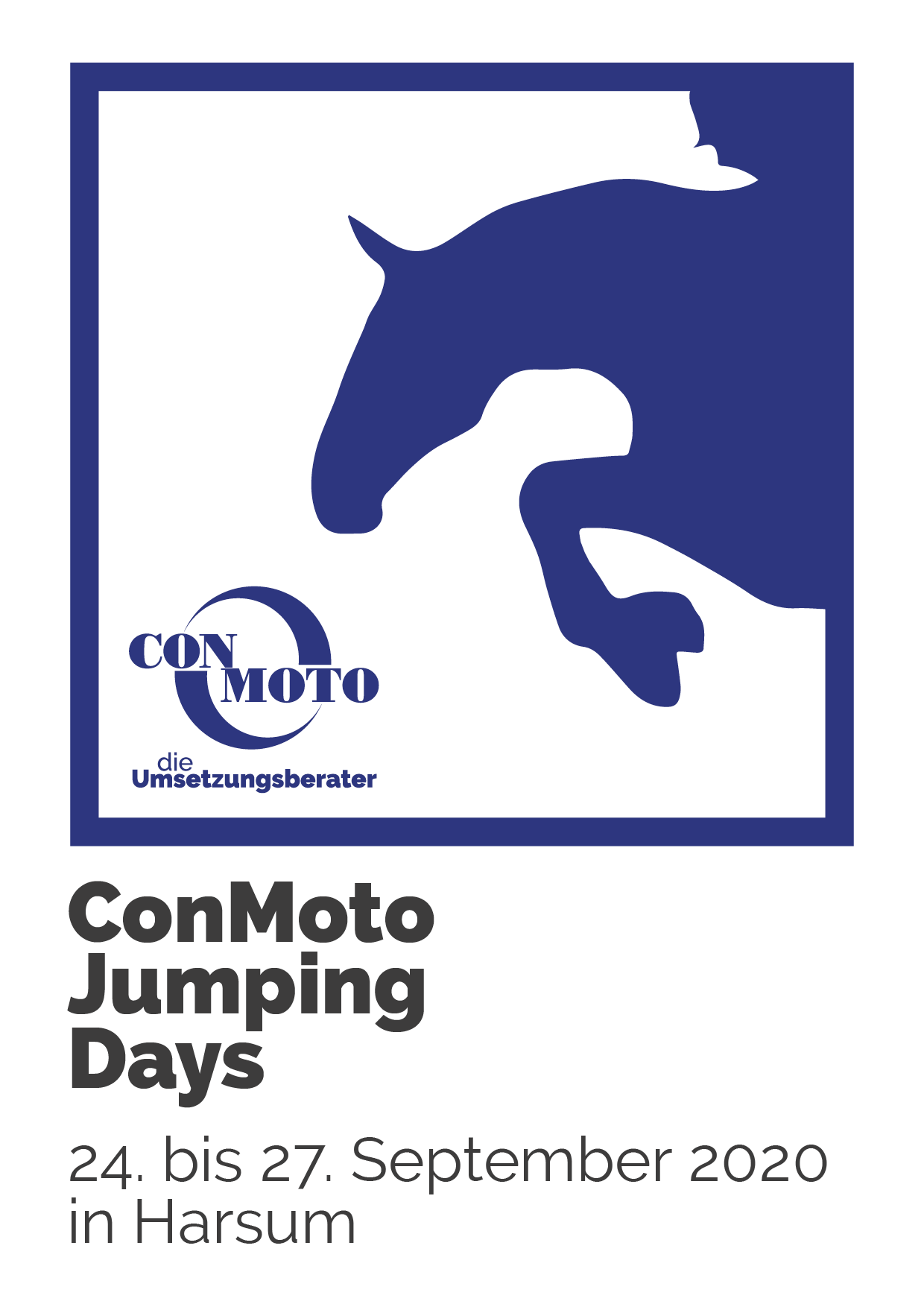 The ConMoto Jumping Days are taking place from September 24th to 27th in Harsum, Germany. Committed to the frontrunners, ConMoto sponsors three S-jumps of the Grand Tour. We also support the young talents within the scope of the ConMoto-Volontär-Tour in jumping competitions of the classes A, L and M. Therefore, ConMoto continues the sponsorship of the past years: not only professionals, but also the amateurs are receiving our support – without them, tournaments would not be possible.

At the volunteer tour, the helpers who ensure the smooth organization on the tournament course, the warming-up area and the entire facility ride for prizes. Spectators are also allowed again: at preparatory tournaments, the riding and driving club Reit- und Fahrverein Harsum has shown that they can implement the prescribed hygiene concept without any problems.

The starter field in Harsum guarantees for excellent showjumping. During the ConMoto-sponsored Grand Tour, the horeses and riders will start in a total of three competitions: a jumping class S**, a two-phase jumping class S** and as the final tournament highlight on Sunday, in a S*** competition including a jump-off. Among others, the current German show-jumping champion Mynou Diederichsmeier, as well as the local heroine and winner of the Golden Whip of Nörten-Hardenberg 2019, Finja Bormann, have registered for the tournament. The third-placed of the German Show-Jumping Championship 2018, Michael Kölz, as well as the winner of the German Springderby 2015, Christian Glienewinkel, and the winner of the qualification for the German Springderby 2019, Benjamin Wulschner, have also announced their participation.

In addition, Friso Bormann is planning a comeback on ConMoto Crazy Cato, maybe even in a jumping class S**. The top horse had been injured in September 2018, but has already made a successful comeback this year with the young rider Annabell Wrede in an A- and L-class jumping as well as an M-class competition ridden by Friso Bormann.

A total of 20 class A to S jumping competitions will take place in Harsum during the three days of the tournament. In cooperation with the online channel clipmyhorse.tv, you may also enjoy a livestream of the competitions taking place on the tournament weekend from September 24th to 27th here at the ConMoto website. A video player will be available.