Doubling the output of a mobile home manufacturer: Planning and implementing a highly productive assembly 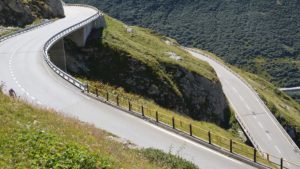 A leading manufacturer of mobile homes set up a project with ConMoto to create the assembly line of the future. The ambitious goal: to double the number of units and to establish a new productivity benchmark for the company’s various brands.

The team laid the foundation for the goal-oriented implementation during the project planning phase. Masters and foremen as well as logistics, planning and development staff worked hand in hand with the ConMoto consultants for joint success. After the project, the operations manager underlined the specific importance of external input in the planning: “Within the scope of the cooperation with ConMoto, we received many valuable impulses and ideas beyond our own considerations and experiences. They can be found in the new production line now. In my view, the at times quite controversial discussions during the planning phase were an essential building block of the project’s success.”

The comprehensive challenge for the project team was: how can a material-flow-oriented layout be implemented in the existing structure? What do the assembly hall and the corresponding new layout look like? Which construction measures are necessary to enlarge the production hall? The project did not only affect the assembly, but also logistics and production control. “The consistent timing of the pre- and final assembly stations as well as the synchronized supply by logistics are main elements of modern and lean production,” explains ConMoto’s project manager Ludwig Fendt. Among other things, the task list for planning and conception included:

In order to achieve these universal improvements, the team relied on an integrated approach for both assembly and logistics – planned in detail: Which activities are carried out where in order to enable high efficiency? What kinds of tools, worktables and equipment are needed for the activities of the employees? Which parts are installed when? What do the supply carts look like? A project that fundamentally changes production in assembly only works if everyone is involved: ConMoto and the client’s employees harmonized, and therefore the different ideas could finally be combined into a perfect layout.

New things are always met with skepticism: a normal reaction. Anyone who is to implement changes must also understand why – especially in everyday work. Therefore, regular information of all employees about the project and its progress is an important aspect.

The time frame for the complete conversion and the construction of the new layout was extremely tight: five weeks during the company vacation. This included a full floor refurbishment, the removal of partitions and, most important, the installation of new, innovative structural elements for assembly, e.g. an apron belt and turntables.

The new installation of the assembly hall was the next step. The project team turned the installation layout designed in the planning into reality: marking floors, setting up machines and workplaces, equipping the logistics areas with necessary spaces, ground signs and parking codes. Every detail counts for the undisturbed ramp-up of the new assembly line.

Immediately after the company vacation, our client’s employees where introduced to the new production hall and assembly layout. In the next few days, the joint final set-up of the workplaces followed. New assembly and logistics processes depend on the ability of the employees to implement them. A key to the success of the project was to train the managers and employees intensively in advance. The trainings included, for example, lean knowledge, new processes and standards according to the 5S principles and changes in production control. Thus, the improvements were implemented quickly, and the motivation improved with increasing success day by day.

Just as important as sufficient time for the trainings is planning a realistic ramp-up curve and time blocks for CIP measures within the initial productive period. During the ramp-up, time blocks were planned for troubleshooting and process optimization after each cycle. By this, plans transfer to reality and the projected efficiency gains gradually showed.

After the completion of the project, the results account for sustainable success. All targeted productivity goals were achieved: therefore, our client was able to accomplish a 40 percent productivity leap in production and logistics.

In terms of quality, the project has brought the desired improvements as well. This benefits both the client’s customers and employees. The innovative turntables and height-adjustable mounting devices reduce the physical effort during the assembly. The workstations are clearly structured, and the workflow well-documented. This prevents errors and reduces overtime. Ultimately, the number of reworks at the end of production was significantly reduced.

“This project is a good example of significant improvements in production by taking the time for comprehensive planning and including a cooperation of all units from the very beginning. These two factors and concentrated implementation work achieve significant productivity leaps. The employees at the band are bringing the concepts to life with their commitment. They are very proud, and rightly so.” says the Managing Director and ConMoto’s founder Dr.-Ing. Ralf Feierabend.

We support you in improving quickly. Write to us at business@conmoto.de and we will provide you with more information about our services.